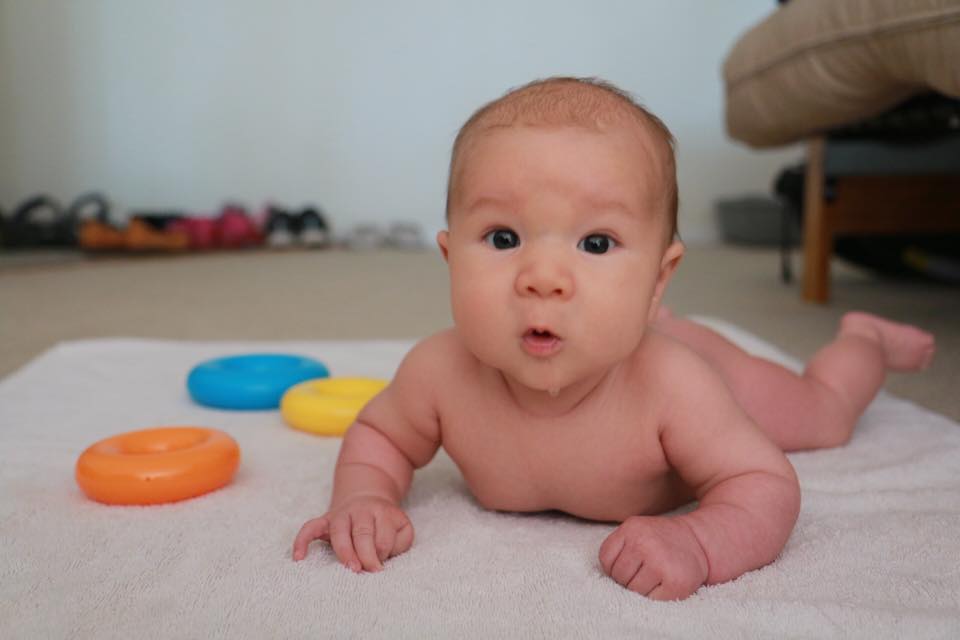 After practicing pooping together for the last few days we moved on to pooping without diapers today! I was able to catch four out of five poops with a plastic bin. More air time = happier baby.

Pooping is a very exciting part of any new parenthood. Everyone is obsessed with how many and what color. There are books about it and apps to record it. I read it is normal for some breastfed babies to only poop once in every ten days at this stage. That would drive me crazy wondering if there is anything wrong with my baby. Thankfully Owen has been quite regular and generous with his outputs from early on. We easily go through a dozen or more diapers per day. Although I’ve gotten a few things to try cloth diapering, I never made enough effort to stick to it. Last night I had Owen try on a cloth diaper cover for the first time. When I felt his sweaty bottom in the morning I didn’t have the heart to put another cover on him. Those things are made to keep in moisture. How could that possibly feel good for a baby? It would be like me sitting around in a raincoat all day. Feeling bad for how Owen must feel I started to have him poop into a plastic bin and have more air time without a diaper. Because I believe more airtime means a happier and healthier baby.

The poop routine now consists of me holding his legs open in a deep squat position, making grunting sounds and telling him it’s time to poop. It only took a couple of time for Owen to figure out what’s going on. I started doing this last week not because I wanted to start potty training but rather because Owen is quite the serial pooper in the morning. Instead of making one or two big poops he would poop throughout the morning. I figured maybe if I held him for a while it would help him to get rid more stuff in one go. It worked so well now he knows what to do when I hold him the same way over a bin without diaper. No more sitting in poopy diapers! (Not that we ever let him sit in a dirty diaper anyways but yay Owen!) 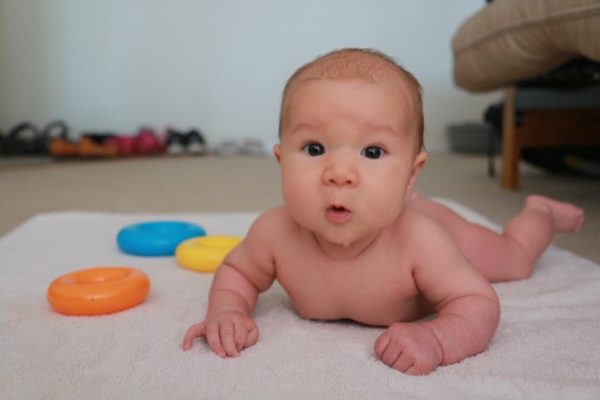