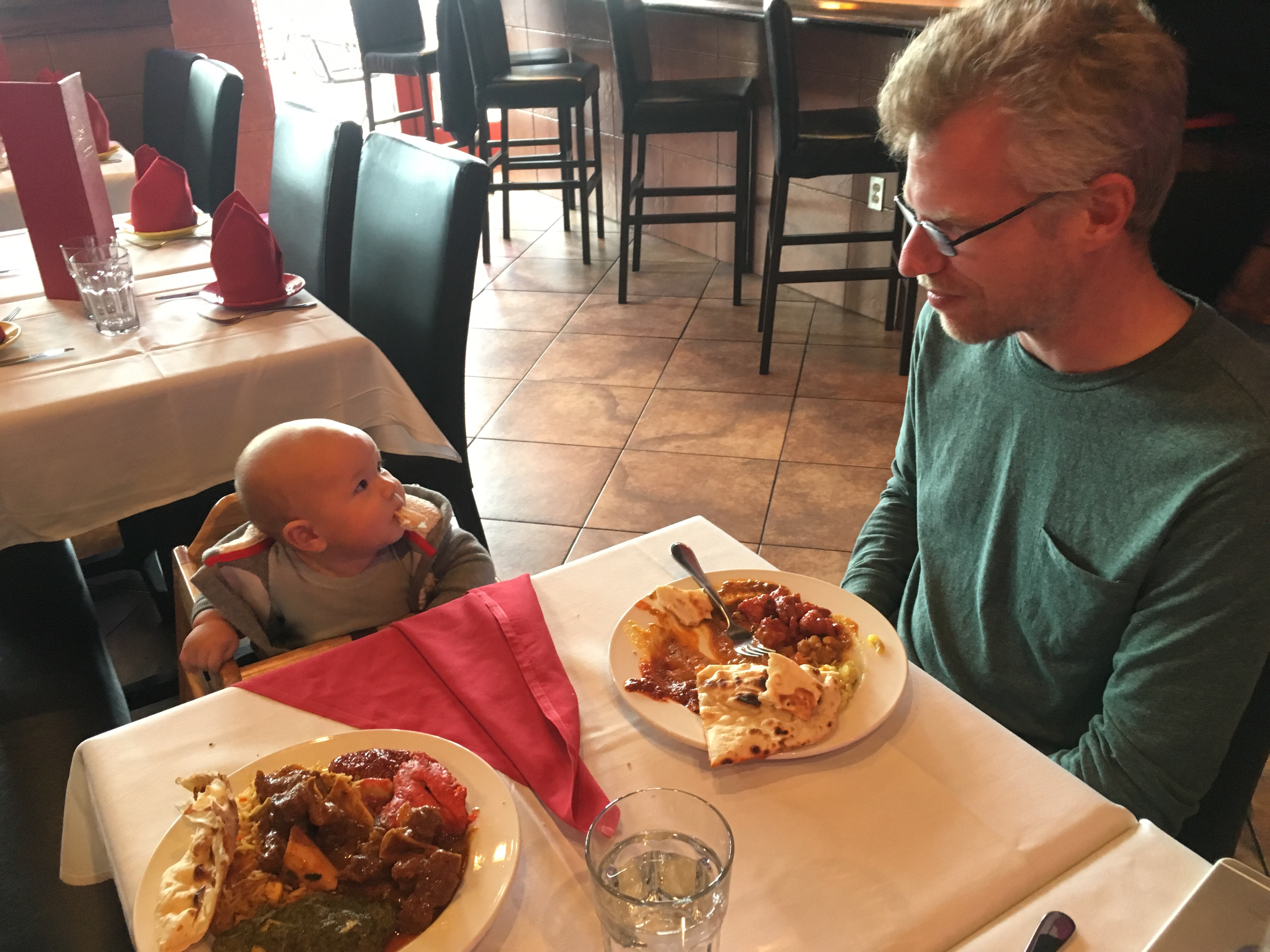 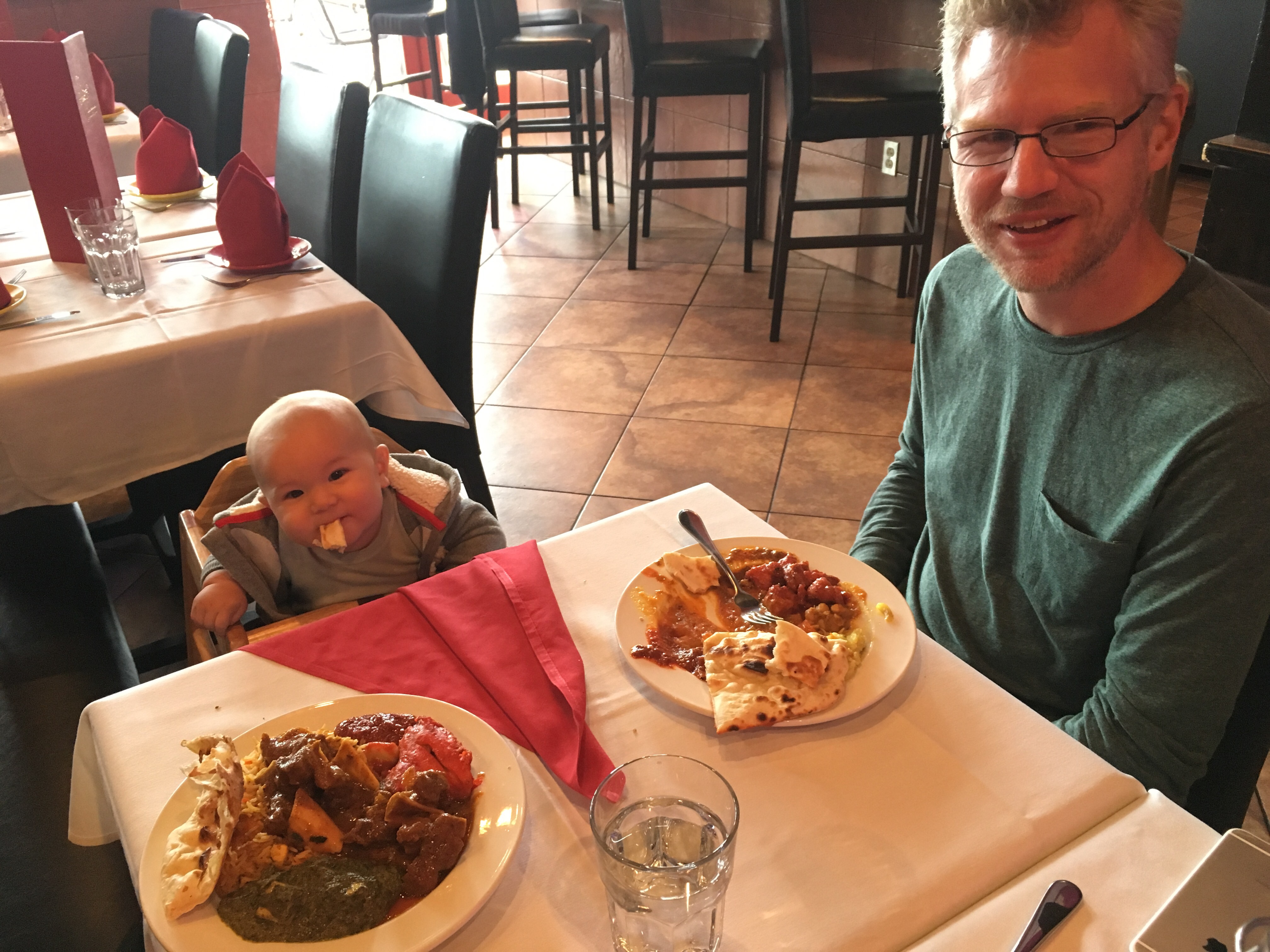 Our favorite food is the Indian buffet! This gene appear to have been successfully passed down to baby O!

The area we live in is not known for Indian food, just tons of kabob places. Charcoal Kabob in Herndon is our favorite. We had the lamb karahi from there last week. Delicious! Just as good as Ravi Kabob House in Arlington, if not better! Anyways, we had a craving for Indian food today and tried a new lunch buffet place nearby. The food was ok. I gave Owen a taste of the saag expecting him to make his usual gag face. He is not a fan of puréed texture. To our surprise he actually seemed to have liked it and wanted more! So far we’ve only tried to give him avocado and boiled carrot, broccoli and cauliflower. He doesn’t like any of those except the occasional pieces of bread, which he likes to suck on. It was great to watch him choking down the saag. I only gave him a tiny bit as I read somewhere that babies at this age should stick to more bland foods. Maybe we’ll have to start make some kind of mild saag for him at home.

Baby on the Move