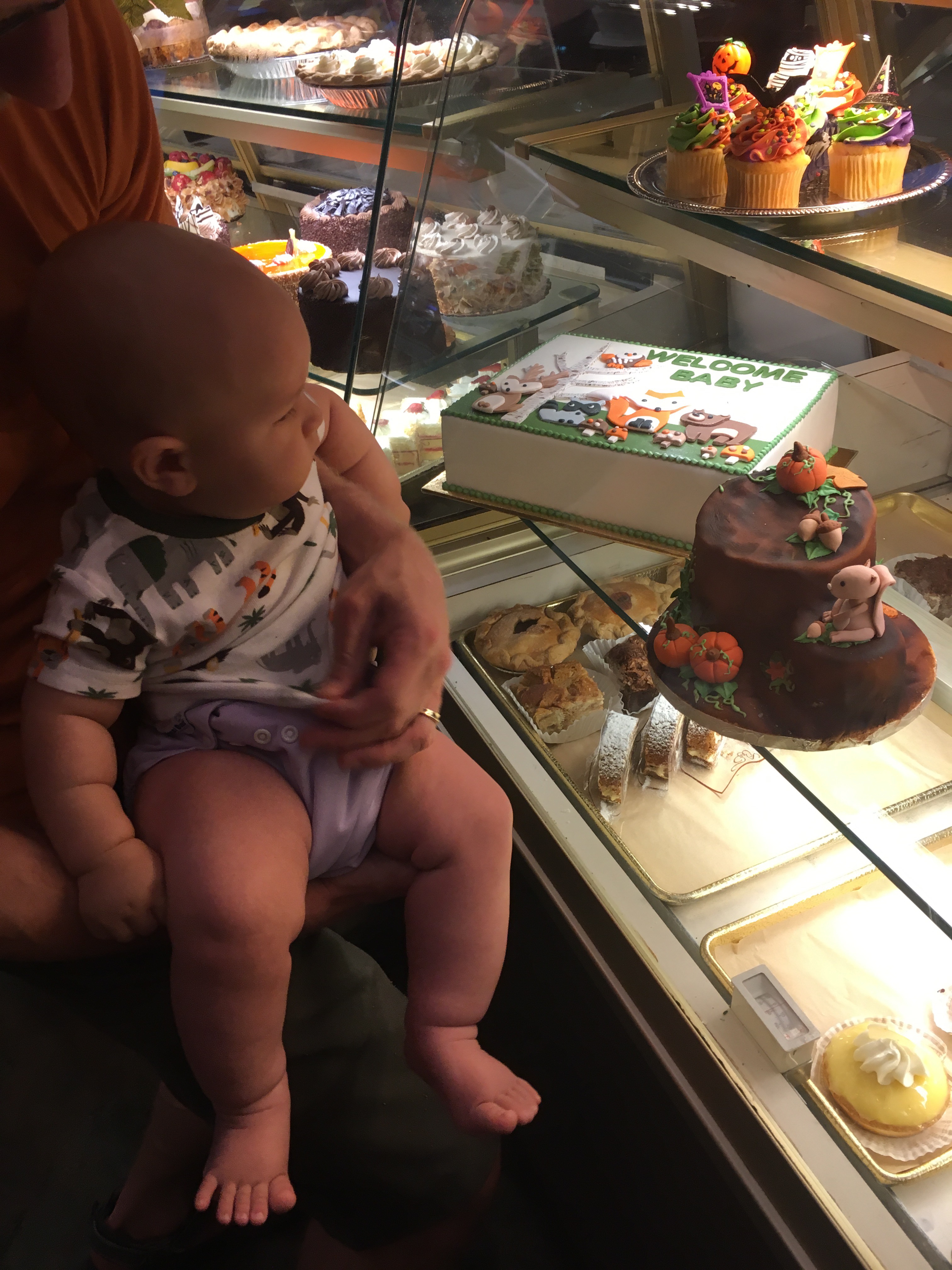 It has been difficult to get the little guy to fall asleep the last few nights. Before I went back to work I was able to get him to sleep between 7 to 7:30pm each night. Now he’s getting to sleep later and later each night. It wasn’t bad at first. Maybe he just wanted a little extra time to play and snuggle in bed, especially after not seeing me all day. However, last night the little guy didn’t go to sleep until 11pm. And the night before he crawled around forever and finally passed out on his own while crawling on a pillow. Regardless of when he goes to sleep he still wakes up before 7am. That’s not enough sleep for his age. I noticed today that three, possibly four, of his upper teeth are coming out at the same time. They’re probably bothering him. Thankfully no fever or any other symptoms. I’m hoping he’ll feel better soon and resume his old sleep pattern.

It’s normal for some breastfed babies to reverse cycle when mom goes back to work, meaning they mostly nurse at night instead of eating during the day. Fortunately Owen doesn’t have any problem with bottles while I’m at work. We bedshare. He has always nursed throughout the night. I haven’t noticed any more wakings once he falls asleep but I’ve also never paid much attention to exactly how many times he nurses at night. My mom said we’re like pigs. It’s ok. Pigs are very intelligent animals. I don’t find that to be insulting. There’s nothing wrong with being pigs for breastsleeping with a baby.