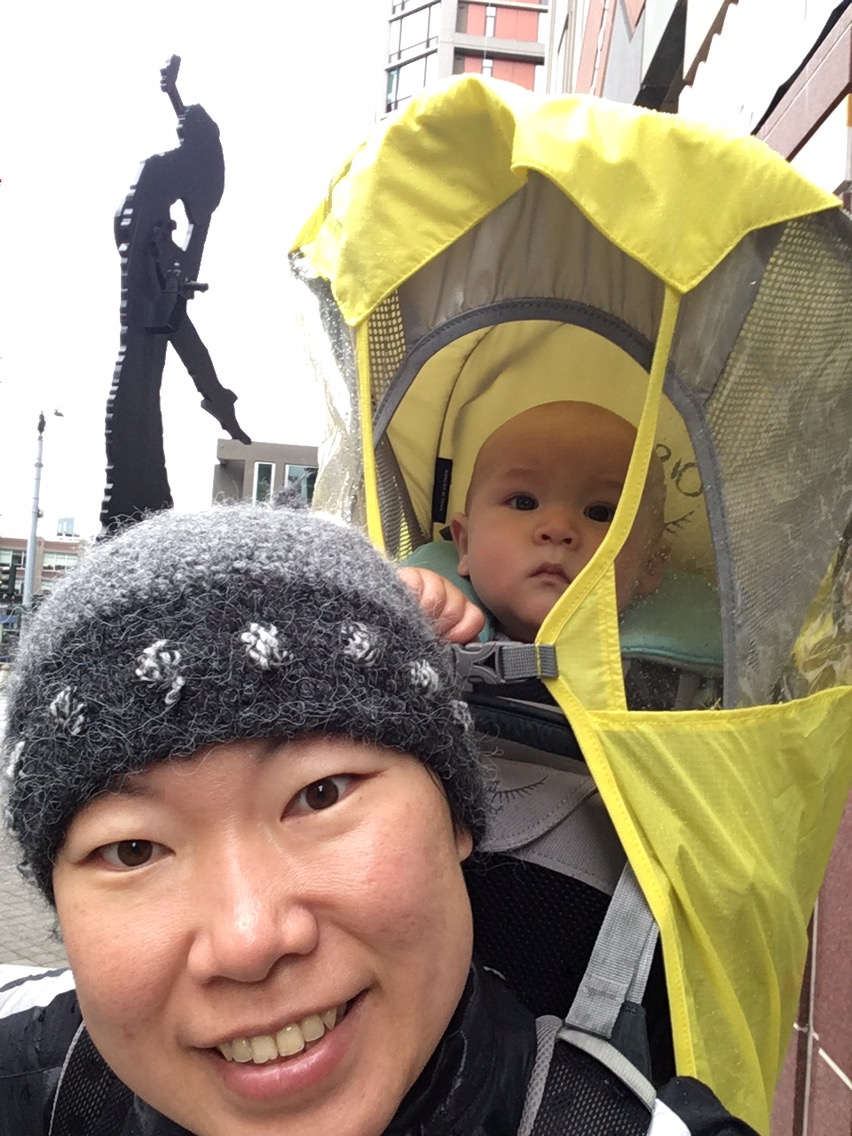 A little rain can’t keep us in. We threw on the Osprey rain cover to meet up with a friend of a friend at the Seattle Art Museum for a lunchtime concert. I’ve been wanting to take Owen to musical events but I felt anxious as soon as the lights dimmed the concert hall. Even though Owen doesn’t usually cry he does make little noises like all babies do. Classical music concerts are not exactly baby friendly, or should I say the environment is not tolerant of babies. We sat in the back role right next to the exit so we could make a quick escape. However, the down side is that we are also farther away from the stage where the action is. I realized as soon as the music started that although Owen could hear the music, he hasn’t quite made the connection be what he hears and what he sees. Actually, I don’t think he was really looking. This is precisely why I really wanted him to hear/see music being made in an intimate, one-on-one setting. I can’t decided whether it’s good for me to even play music for him from a speaker at home. One he can’t conceptualize where the sound comes from or how it’s made, and two without actively listening the music just becomes background noise, or from his perspective, no different from any other noise. But then what is “good”? I’m not exactly a fan or playing in silence. So I continue to play music in the morning and every now and then tap the rhythm with a toy shaker. I hope I will be able to play the guitar or ukulele for him in the near future. Anyways, as for the concert, we left after two short Tchaikovsky pieces mostly for my sanity. I don’t need the stress of preventing baby O from making noises. We need to find music venues where he’s free to act however he wishes. I had called around for baby music classes here but unfortunately the only class in downtown didn’t have enough headcount to start this school year. This is a vastly different from what I’m used to seeing at Eastman, where dozens of babies fill up hallways and classrooms each weekend for music classes. Honestly, it’s one aspect I’m rather disappointed about moving here.

Although we didn’t stay for much of the concert, we did take advantage of Thursday free admission at the Art Museum. I couldn’t take Owen in with the Osprey carrier but fortunately the museum had a stroller I could use and Owen had no objection sitting in one. It was nice to connect with another mom from Reston! She connected through Facebook from a hiking with babies group and she went to the same high school as a friend of mine from music school. It’s a small world after all. 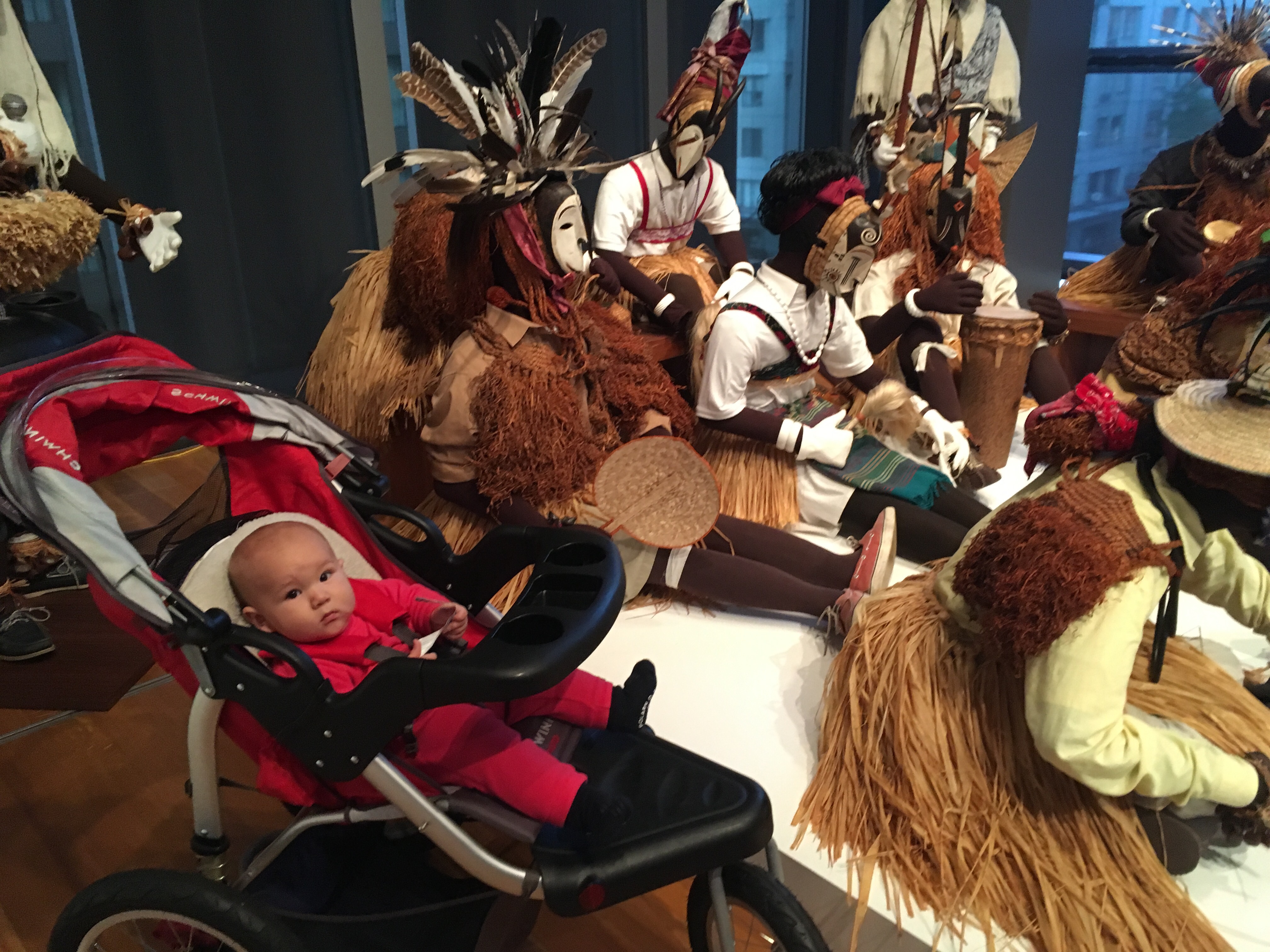 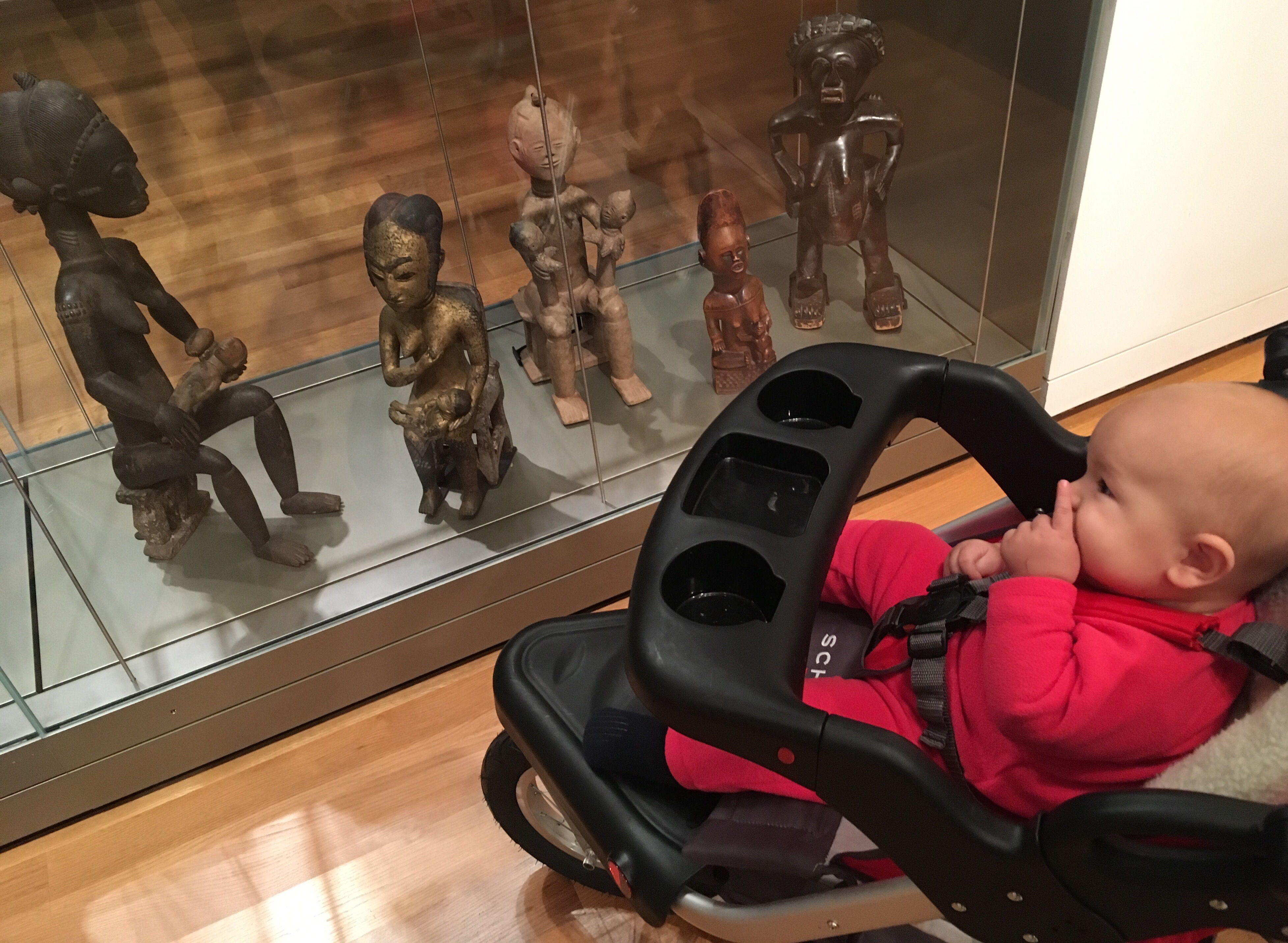 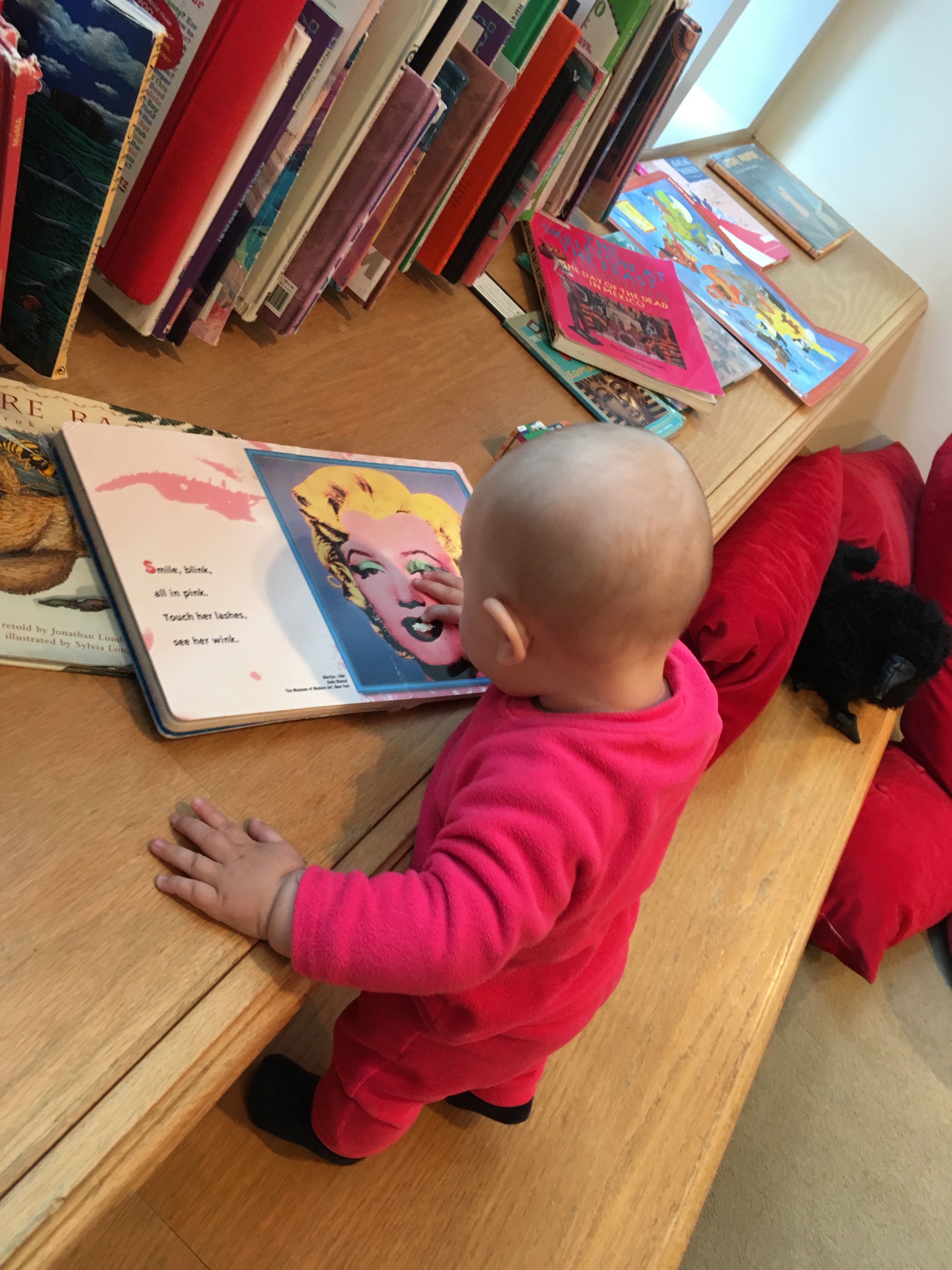 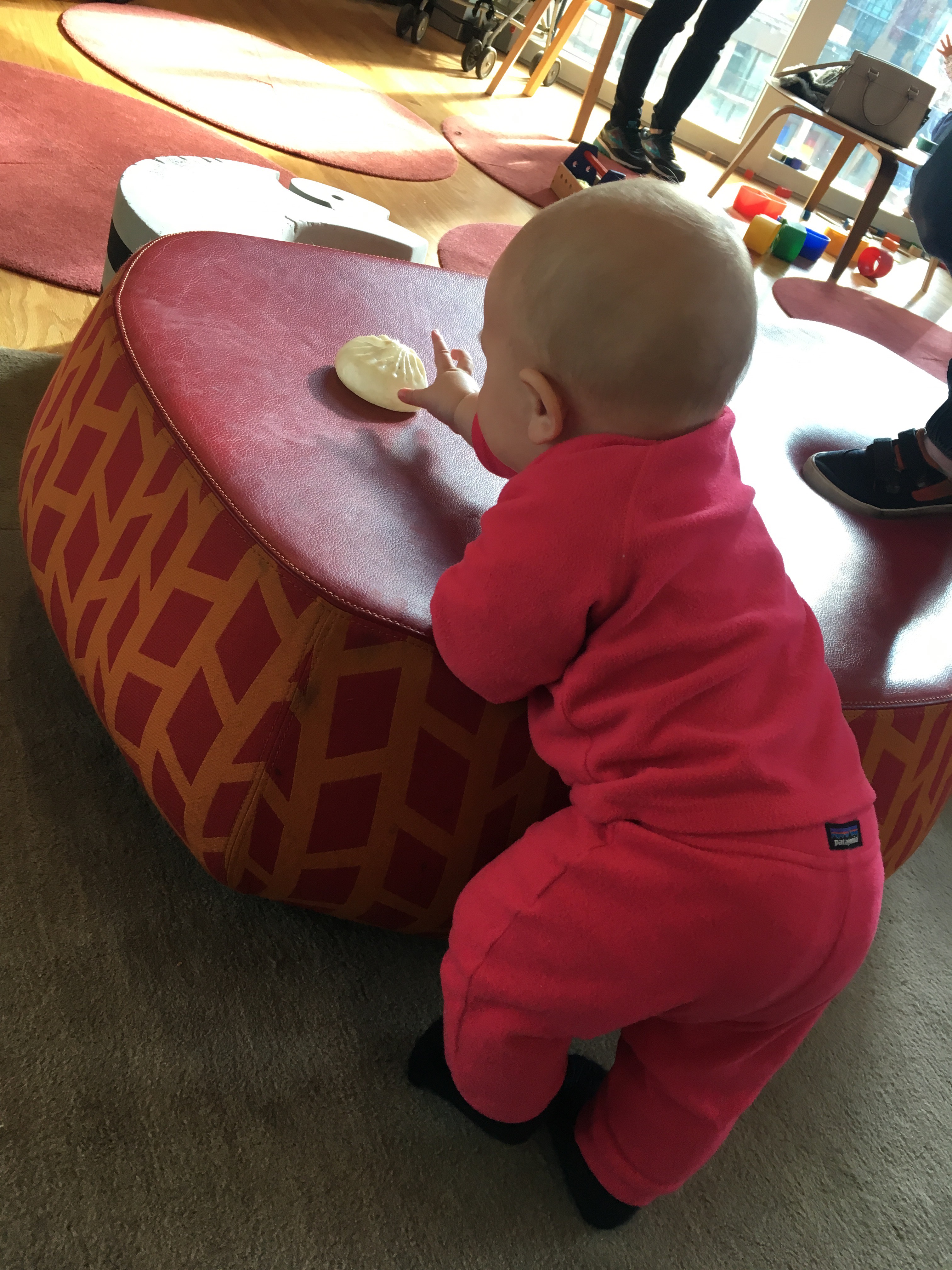 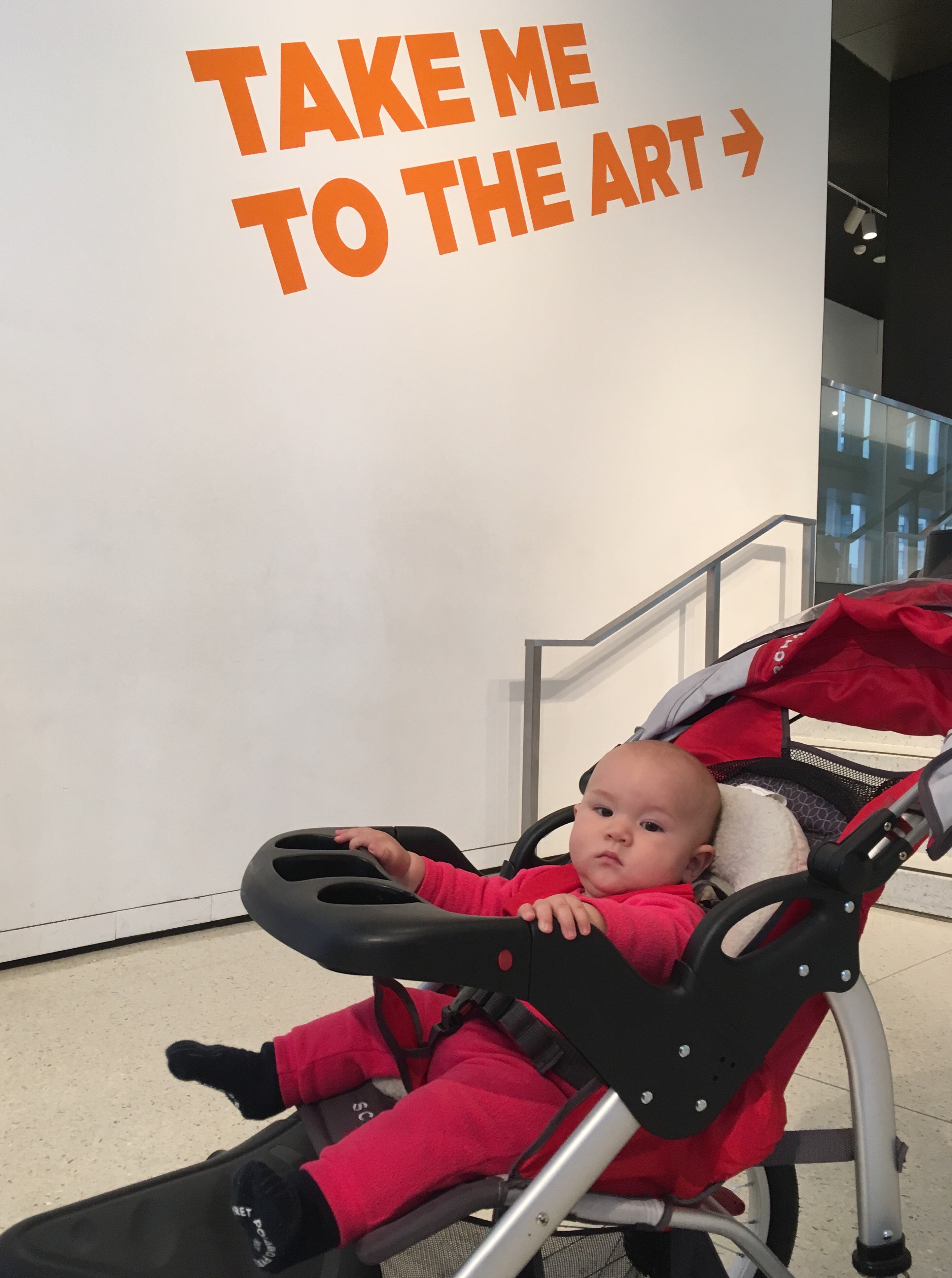